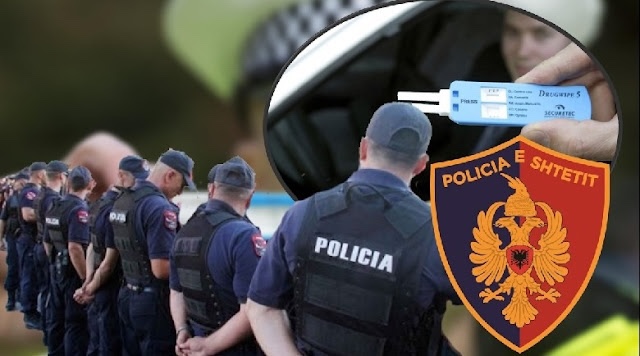 About 100 members of the 6 police stations in Tirana have so far undergone a drug test, while local media sayunofficially that 20 of them have tested positive.
Some of the Officers are learned to have disputed the answer given on the grounds that it may be a mistake of the private laboratory in conducting the examinations.

By order of the director-general of the State Police for drug testing, 2 tests were performed. One of them, that of blood, confirms the presence of narcotic substances for up to two weeks. Initially, the tests started at the Elbasan Police Directorate, in Shkodra and then in Tirana.
The drug test, in addition to the commissariats, has been done by some directors in the district directorates but results have not been obtained yet. On the other hand, the full official list related to the drug test in the ranks of the police is expected to be published on December 11 where the State Police will hold a joint conference with the Guardia di Finanza regarding the crackdown on narcotics cultivation and trafficking.